(in order of scheduled presentation) 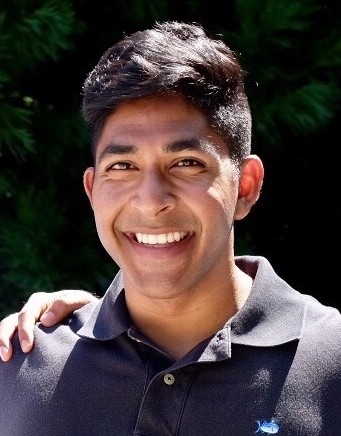 Syed Tahmid graduated from the University of Georgia in 2017 with a degree in Microbiology. His desire to enter the medical profession began when he was four years old when his left kidney was removed due to medical complications. While at UGA, Syed has spent time mentoring Athens-Clarke County elementary students through FIMRC, hosting bereavement camps for St. Mary’s Hospice House, and binging Netflix series with dialysis patients. He has spearheaded his own non-profit which provides employment and housing to abused women throughout Gwinnett County, and he has been a Franklin College Ambassador, giving campus tours to future Bulldawgs. Syed coaches powerlifting in his free time and has been an advocate of creating healthy meals for his local Salvation Army soup kitchen. Additionally, he has synthesized novel polysaccharides in gram positive bacteria while at the CCRC, and he hopes to curb the rapid onset of antibiotic resistance as a physician-scientist. 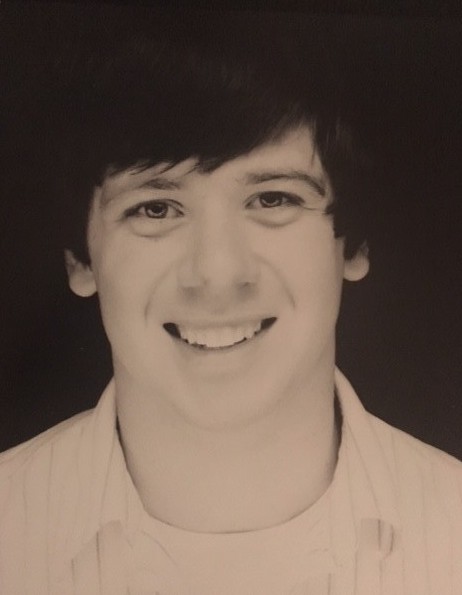 James Tyson graduated from the University of Georgia in 2017 with a degree in Exercise and Sport Science. As a undergraduate student, he was involved in five university research studies as well as many shadowing opportunities. Through these opportunities, James has been a contributing author on two publications and a textbook. After graduating, he accepted a technician position at an emergency room in Atlanta where he currently works hands on with patients during his gap year. James will be matriculating to Mercer University School of Medicine in Fall 2018 and believes that the opportunities he was able to pursue while taking a gap year have been his most valuable asset in his path to medical school. 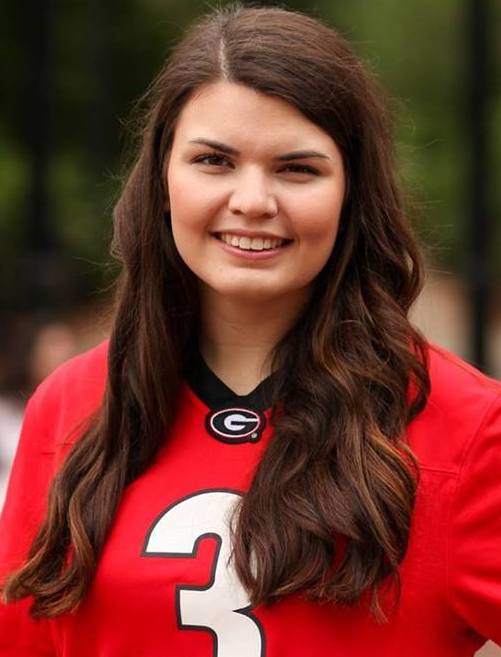 Keelie Denson graduated from the University of Georgia in 2017 with a degree in Cellular Biology. During her undergraduate career, she found her niche at the University Health Center as a student worker and ambassador, and she could often be found in the anatomy lab dissecting cats or cadavers. Through her research she has provided Amyotrophic Lateral Sclerosis (ALS) patients with information about the safety and efficacy of alternative treatments, and she has sought high-risk patients from rural and underserved areas to give them access to screening with the nation’s first mobile lung unit. She is currently working on ALS research at the Laboratory for Pathology Dynamics at Georgia Tech before heading to medical school this fall. Keelie’s diverse experiences have revealed to her the importance of multiple perspectives in healthcare. She hopes to combine her passions for policy and research with the patient perspective in order to enhance care for those with neurodegenerative diseases, particularly ALS. 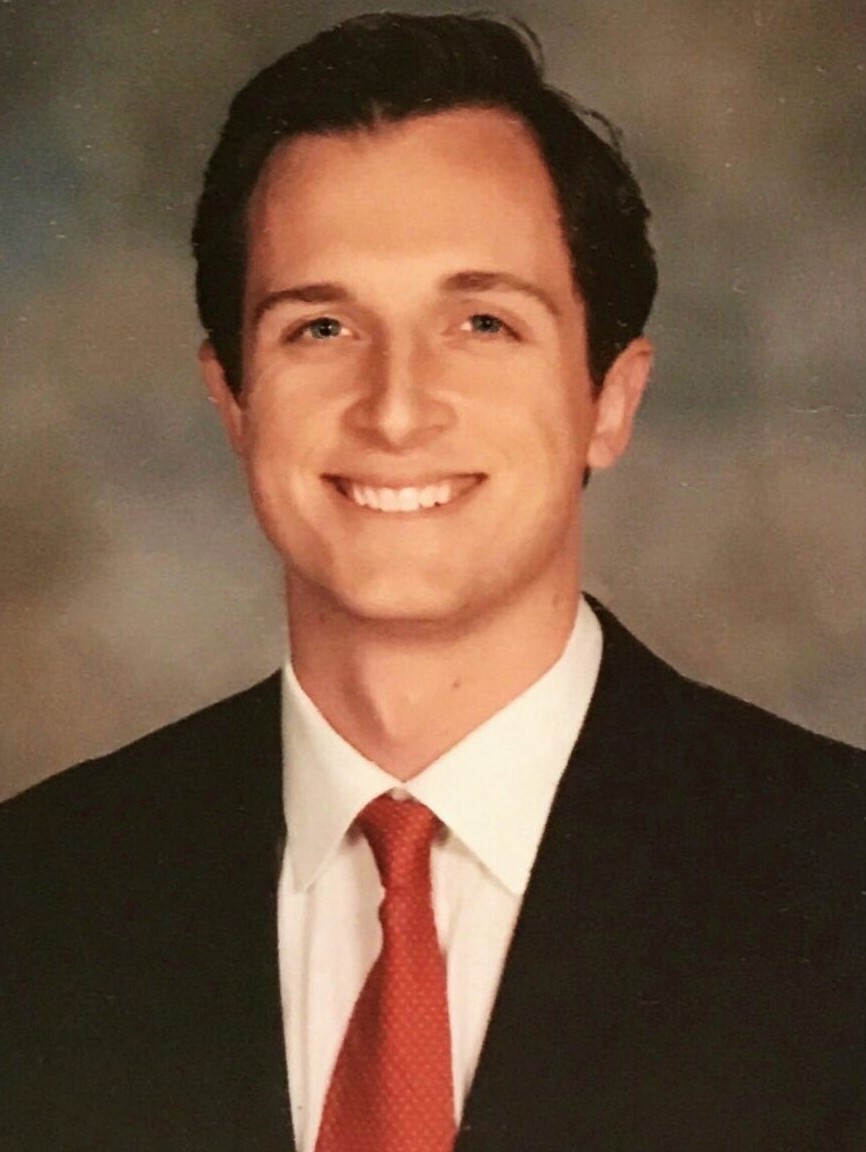 Josh Reynolds graduated from UGA in December, 2017 with a B.S. in Biology with an emphasis on Neuroscience. He is from Peachtree City, GA and currently works in Athens as a tutor and substitute teacher at Athens Academy. As an undergraduate, he worked three years in Dr. Stephen Miller’s neuropsychology laboratory as a research assistant, while shadowing clinicians and surgeons each summer. Outside of preparing for medical school, he held leadership roles in his fraternity, Delta Tau Delta, worked as a mentor and tutor in the Athens area, and enjoyed staying active in intramural and club sports. His career ambition is to practice medicine and conduct clinical research. Thanks to UGA’s resources, support, and education, Josh has been admitted to two fully-funded NIH Medical Scientist Training Programs. At either Indiana University School of Medicine or Albert Einstein Medical College, Josh will pursue a joint MD-PhD degree focusing on the translation of basic science discoveries into improved patient outcomes for those with neurodegenerative disease. 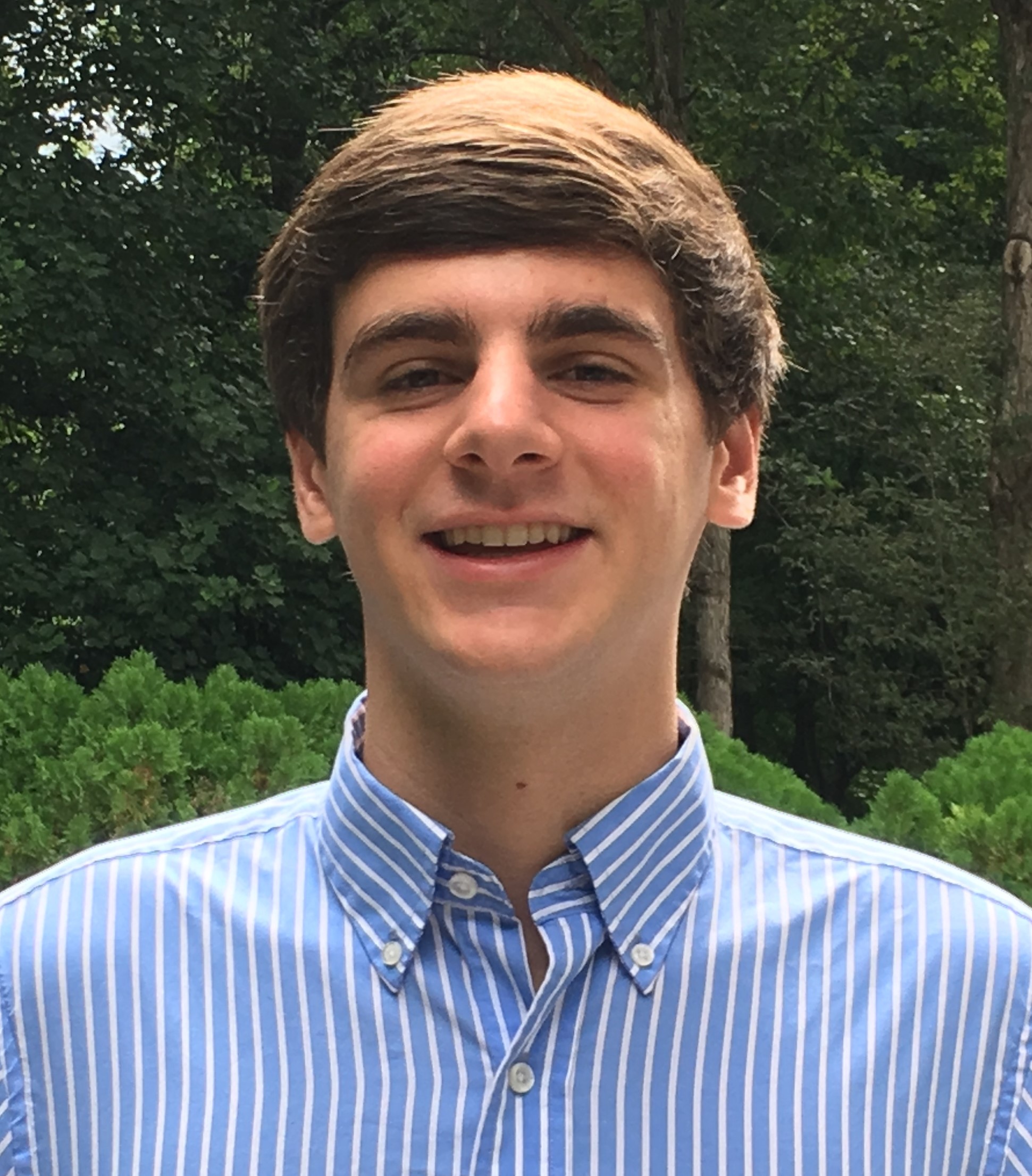 Ian Davis is fourth-year biology major from Dunwoody, GA. He will attend the Dental College of Georgia starting in July. His passion for dentistry developed while working, observing, and volunteering in dental offices and clinics. While at UGA, he has been actively involved in the UGA Pre-Dental Society, Thomas Lay After-School program, and Saving Smiles. His love for learning and teaching dramatically evolved while researching CaaX motifs in Dr. Walter Schmidt’s lab as well as serving as a general chemistry intern and TA. After dental school, Ian aims to own a dental practice and regularly volunteer at a dental clinic. 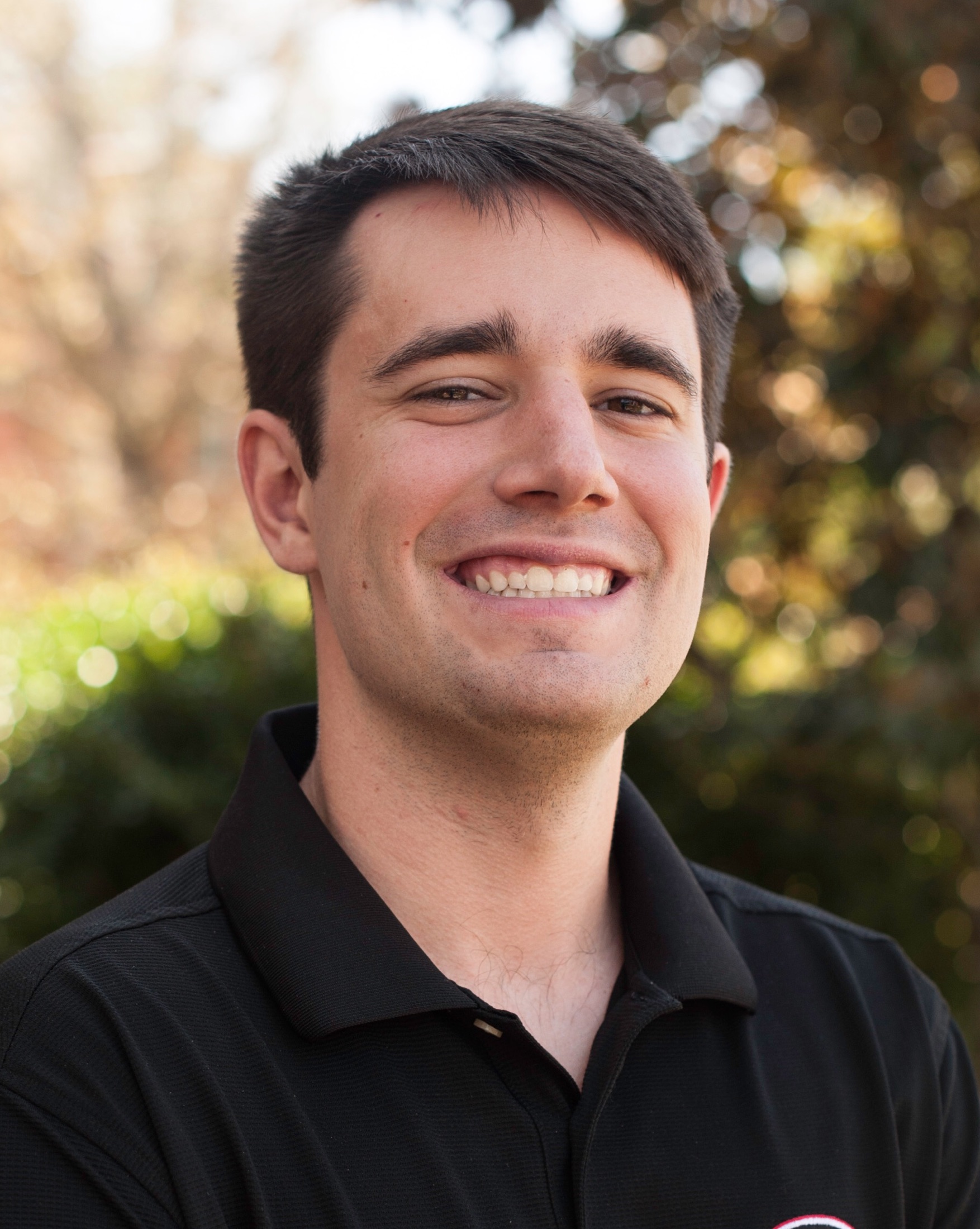 John Chaknis is a fourth-student from Evans, Georgia pursuing a degree in Microbiology. During his undergraduate career, John was heavily involved with UGA HEROs, and volunteered with UGA MathCounts and The Thomas Lay After School Program. John also instructed a first-year seminar for the Honors College, served on the Pre-Dental Society's Executive Board as the Public Relations Chair, and conducted research with the Plant Sciences, Marine Sciences, and Microbiology Departments. From his rich variety of experiences at the University of Georgia, John has developed a love for the pursuit of knowledge and for helping those in need. John will be attending the Dental College of Georgia in the fall and hopes to be a center point in the community once he achieves his dream of being a general dentist. 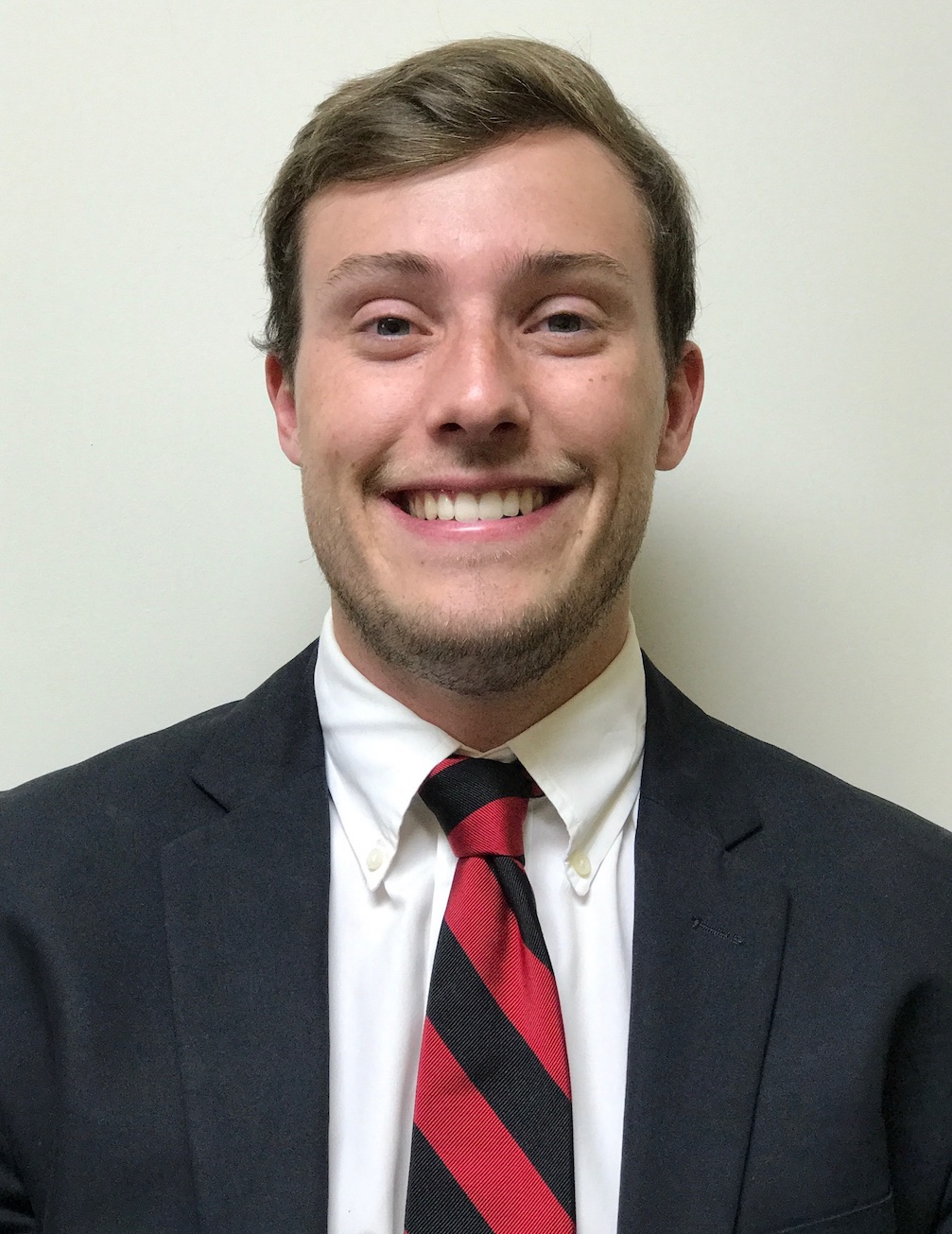 Aubrey Wheeler is a fourth-year Biochemistry & Molecular Biology Major from Waycross, GA. During his time at UGA, he worked in a chemistry research laboratory under the direction of Doug Jackson, where he studied Molecular Organic Frameworks. Aubrey also pursued a minor in Spanish, and traveled to Cádiz, a city in the southern Andalusian region of Spain, through UGA en España. In addition, he developed leadership and teaching skills as he served on the UGA HEROs Executive board for two years, volunteered as a mentor for the Oconee County Mentor program and Franklin College Mentor Program, and taught music at Clarke County Middle School through Muse UGA. Aubrey also served as the Academics Chair for his fraternity, Sigma Phi Epsilon, and he worked over the summer as a pharmacy technician. In his free time, Aubrey enjoys various hobbies including playing guitar and tennis, biking, traveling, and photography.

Christian Cullen is a fourth-year student from Newnan, GA pursuing a degree in Microbiology with a certificate in African Studies. During his undergraduate career, Christian spent much of his time participating in research surrounding inflammation in cystic fibrosis lungs. After two years in the lab, he published his research as a co-author in PLOS Pathogens, a clinical research journal. He spent the following summer researching the effects of anti-inflammatory medication at the National Institutes of Health. In addition to research, Christian has been involved on and off campus as a senator in SGA, a member of the UGA Miracle Executive Board, and an intake staff at the Athens Nurses Clinic. He plans to attend medical school in the fall, and aspires to become a physician in a specialty of pediatrics. 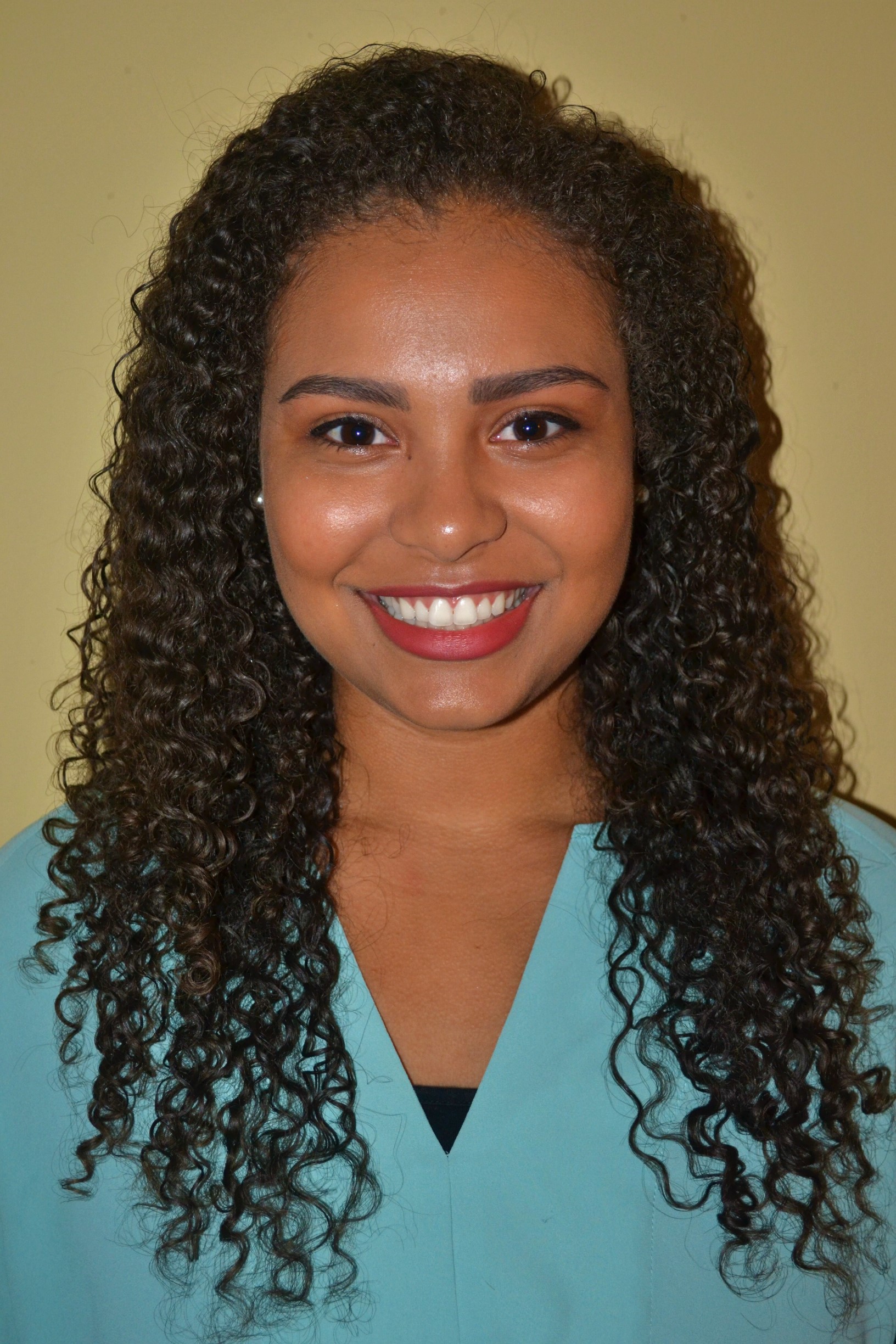 Imani Abrahamsen graduated from UGA in May of 2017 with a Bachelors Degree in Exercise and Sport Science. During her time in undergrad, she volunteered with NEGA food bank and Habitat for Humanity.  She was also a Peer Mentor/Biology assistant, a research assistant for UGA's concussion lab under Dr. Julianne Schmidt, an executive board member for FIMRC and worked full-time at a hospital as a Patient Care Technician. During her gap year, she transitioned to Athens Regional Medical Center as an Emergency Department Patient Care Technician and through this experience, she gained a tremendous insight on not only emergency medicine, but all facets of the medical field. She was awarded the Health Professions Scholarship through the United States Navy and hopes to one day proudly serve our country as a US Naval Surgeon. 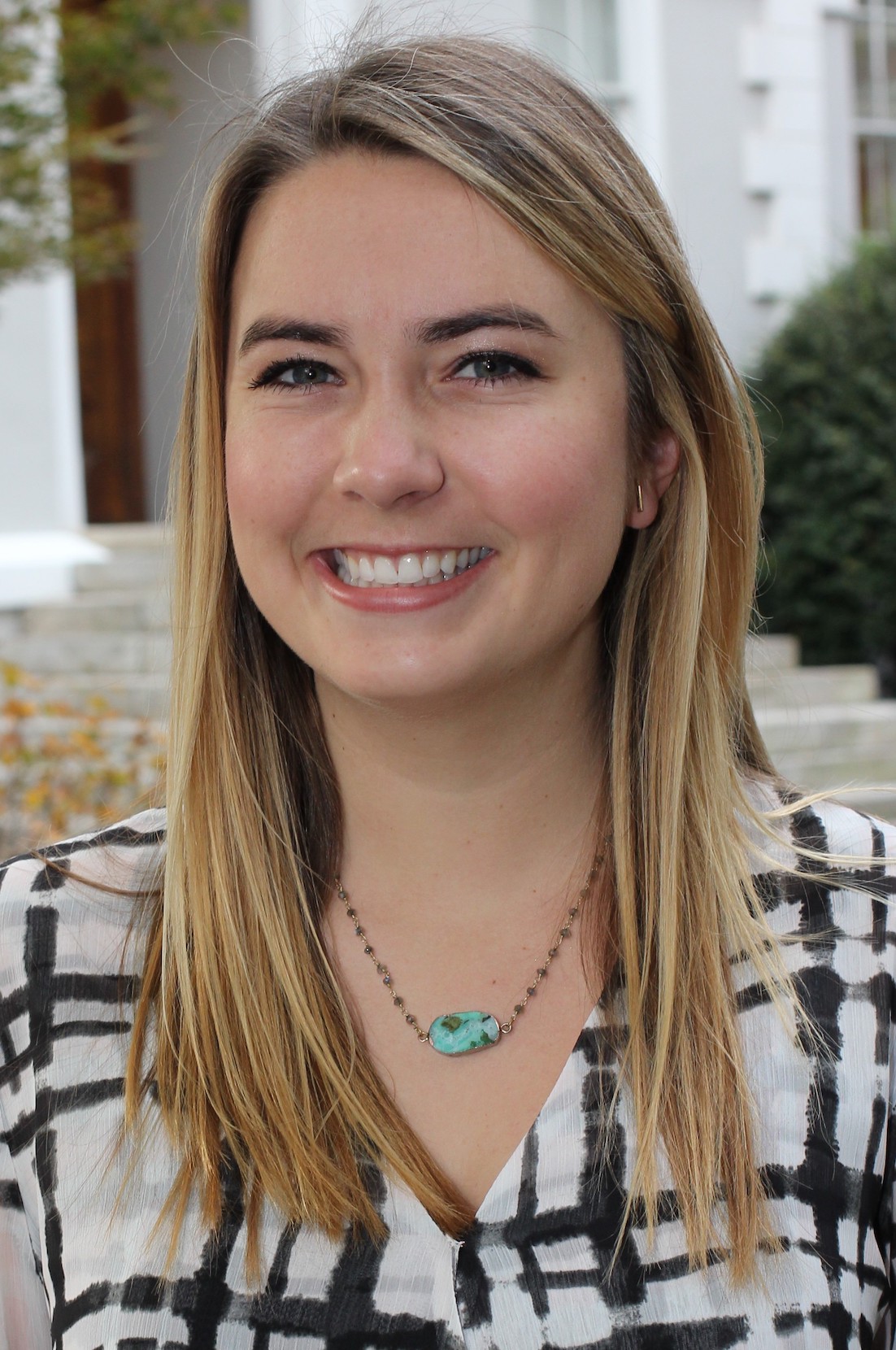 Kerri Andre is a fourth-year student from Destin, FL majoring in Environmental Health Science. On campus, she has worked at the UGA Visitors Center for three years, interned at the UGA Office of Sustainability, and volunteered with Whatever It Takes and Campus Kitchen. Kerri was extensively involved in research on campus as a CURO Assistant in Dr. Cheryl Gomillion's tissue engineering lab. As a student researcher, she evaluated biomaterial models to study breast cancer metastasis. Off campus, Kerri has participated in internships at Groote Schuur Hospital in Cape Town, South Africa, the Greater New York Hospital Association in New York City, and Gwinnett Clinic in Lawrenceville, GA. Kerri plans to attend medical school in the fall of 2018 in order to pursue a dual MD-MPH and ultimately work as a primary care physician involved in both patient care and health policy.