If you are interested in becoming a PPSA, please click here to learn more about the responsibilities, eligibility requirements, and updates regarding when new member applications open. 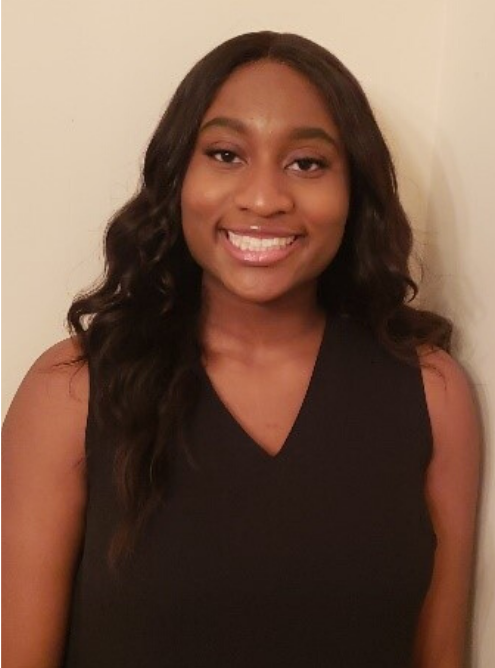 Queen is a senior majoring in Chemistry, with the intention of attending medical school. On campus, she is a chemistry tutor at the Division of Academic Enhancement (DAE), president of Pre-Med Without Borders, and Nanka School Project, where she consistently volunteers around the community. In her free time, she loves cooking and hanging out with friends.

Queen is excited to serve as a Pre-Professional Student Ambassador this year to inform and engage students in the pre-professional field. 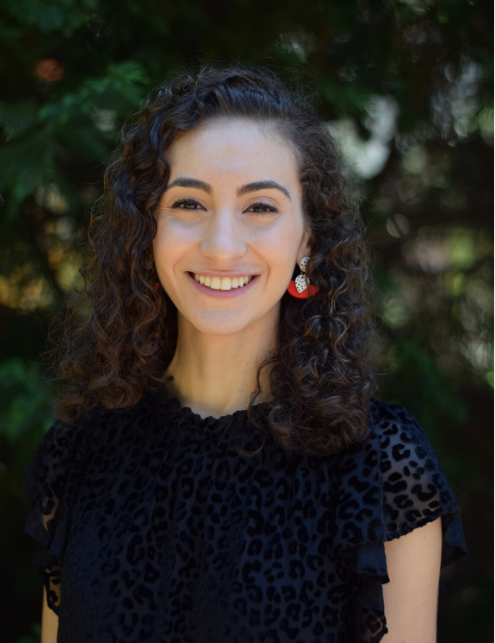 Marina is a third-year Genetics major with plans to attend medical school and pursue a career in Immunology. On campus, she is a member of the UGA Club Sailing team, UGArden Club, and will be a site-leader for an IMPACT service-learning break in the spring. Outside of her love for S.T.E.M, she enjoys expanding her world-view through art and literature. 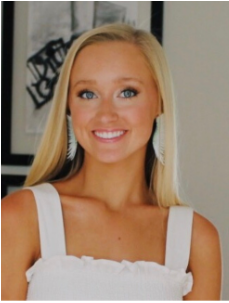 Adele is a second-year student in the Honors Program at UGA majoring in Biology and minoring in Spanish. After completing her undergraduate degree, Adele intends to attend medical school.  She is a research assistant in the Noble Lab investigating the neurobiology of feeding behavior.  Over the past summer, she was a research assistant at UAB studying muscle preservation after spinal cord injury. Adele has also created an international dental outreach program through which she collects dental supplies, sends dental hygiene kits on international mission trips, and distributes the kits to people in need in various areas such as Houston, Honduras, Puerto Rico, Panama, and Birmingham. 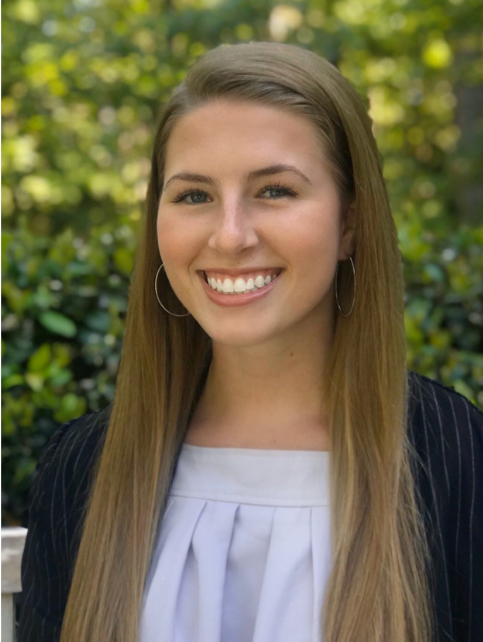 Kelly is a third-year student from Augusta, Georgia majoring in Biological Science. She plans to go to medical school after obtaining her undergraduate degree, and is extremely interested in dermatology or pediatrics. On campus, you can find her participating in clubs such as MEDLIFE and GA 4-H, singing with UGA Noteworthy, and spending time with her sisters in Tri-Delta. Her involvement with MEDLIFE allowed her to go to Cusco, Peru to help local healthcare workers provide care for families in need, and for two summers she worked as a camp counselor at Rock Eagle 4-H Center. Off campus, you can find her volunteering at Extra Special People and Piedmont Athens Regional Hospital. Her advice for pre-professional students is to find ways to engage on and off campus and to focus on the benefits of student involvement. 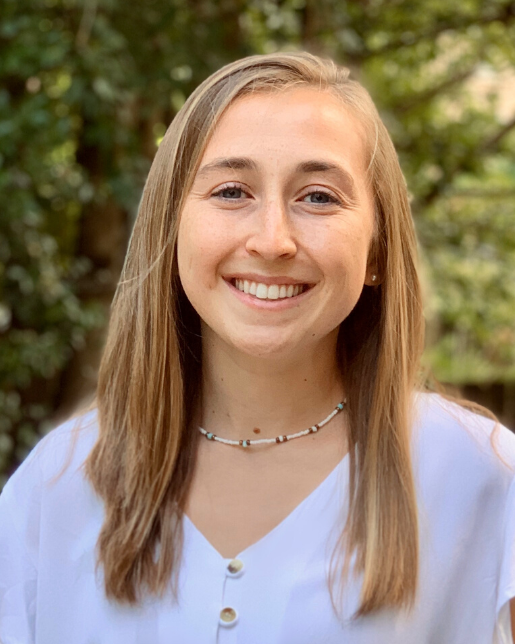 From Lilburn, Georgia, Mikayla is a fourth-year studying Biology with the intention of attending medical school. On campus, she is involved in research at the Youth Development Institute lab and has been awarded multiple CURO Research Assistantships. She also serves as a Peer Learning Assistant for biology and chemistry courses. Off campus, Mikayla has worked as a medical assistant and currently volunteers her time with Oasis Santa Rafaela Tutors and Inspiring Hospice. In her free time, she loves to play intramural sports and catch up with friends. As a PPSA, Mikayla is excited to serve as a mentor and foster engagement within the pre-professional community. 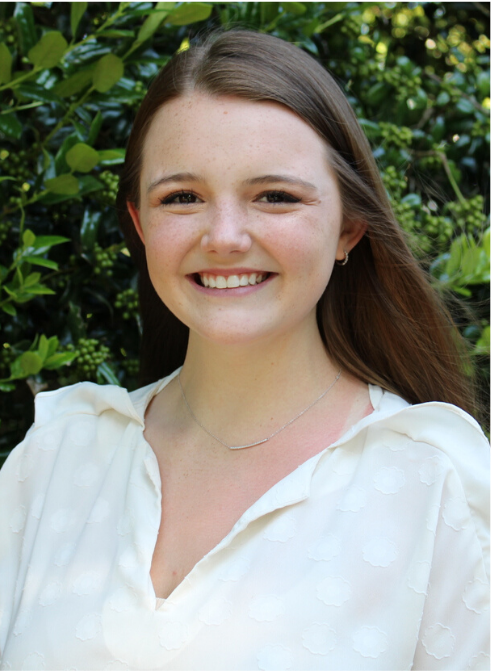 Katherine is a rising fourth year Exercise and Sports Science major and Dance minor from Valdosta, Georgia. She plans on attending Physical Therapy school upon graduation. She is the President of Rho Tau Pre-PT Club and a member of Kappa Kappa Gamma. She is currently a research assistant for Dr. Amit Abraham, studying mental imagery, and she also served as a research volunteer in Dr. Richard Lewis's Bone Lab at UGA. She spent the past summer as an Exercise Science Intern at MUSC's Wellness Center, helping rehabilitate and exercise people with varying disabilities and lifestyles. Outside of UGA, she spends her time teaching dance classes at Center City Ballet and Movement Arts and enjoying the outdoors. She is excited to serve as the Lead Mentor for the Orientation Committee to help advise incoming students in their pre-professional career paths. 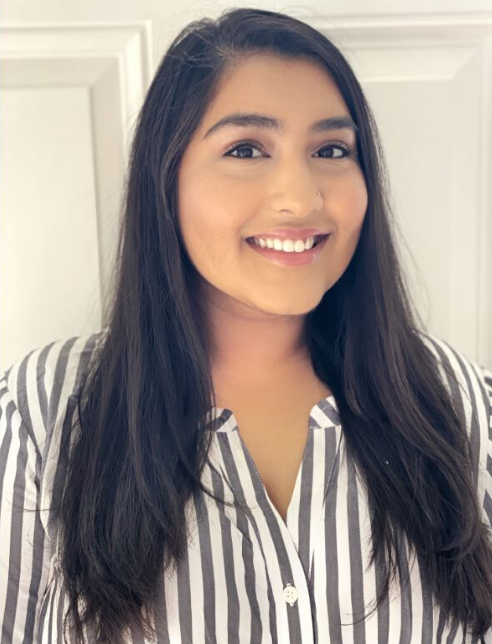 Rushan is a fourth year at UGA majoring in Management with a pre-med intent. She is originally from Evans, Georgia. As a freshman, she started as a Biology major, but realized that her passions for medical school could be fulfilled while following her desire to learn about business as well. Learning about both has allowed her to focus more time on extracurriculars for which she cares strongly. Since then, she has become an avid member of the Muslim Student Association and a long-time volunteer with the Thomas Lay After School Program. Rushan joined the Pre-Professional Student Ambassador Program to support students, from their first year to their last. This year, she will be serving as the Peer Mentor Lead and on the Campus Engagement Committee. 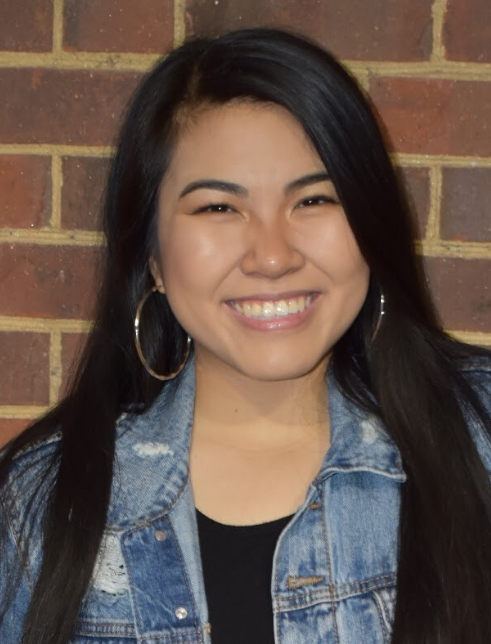 Raised in Lilburn, Georgia, Bethany is a third year student majoring in biology with a pre-med intent. She is an active member of the Minority Student Science Association (MSSA) and the National Society of Collegiate Scholars (NSCS). After graduating from the University of Georgia, she aspires to pursue a future career in pediatrics. In her free time, she enjoys volunteering at the Gwinnett Heritage Center, singing karaoke with close friends, and doing cardio workouts at Ramsey. 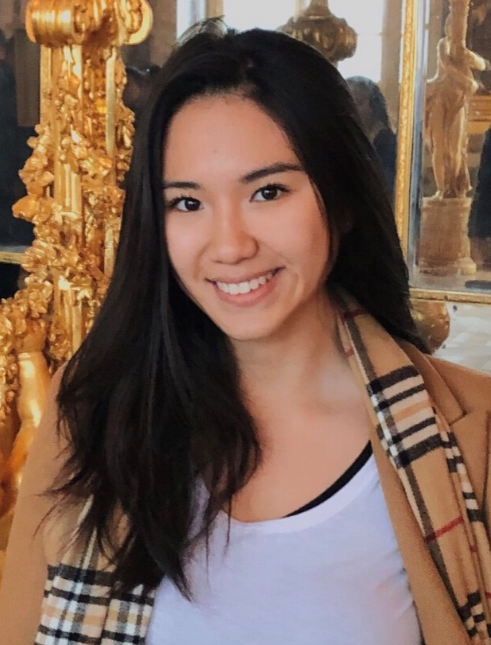 From Johns Creek, GA, Emily is a third-year Biology major and Spanish minor with pre-medical intent. On-campus, Emily serves on the Minority Student Science Association's executive board. She's also involved with the Vietnamese Student Association, Manicures 4 Alzheimers, and Health For Kids. For the past 2 years, Emily has been conducting biochemistry research. Off-campus, Emily spends her Sundays volunteering for her Church's Vietnamese Youth Eucharistic Movement as a youth leader and bible studies teacher. Emily plays ultimate frisbee as an intramural sport, volunteers at local hospitals, tutors STEM-based courses, spends valuable time with loved ones and loves to travel around the world. As a Pre-Professional Student Ambassador, Emily wants to integrate student diversity and support student endeavors to pursue a pre-professional career. She is excited to engage with the community and find more opportunities for students to thrive as individuals! 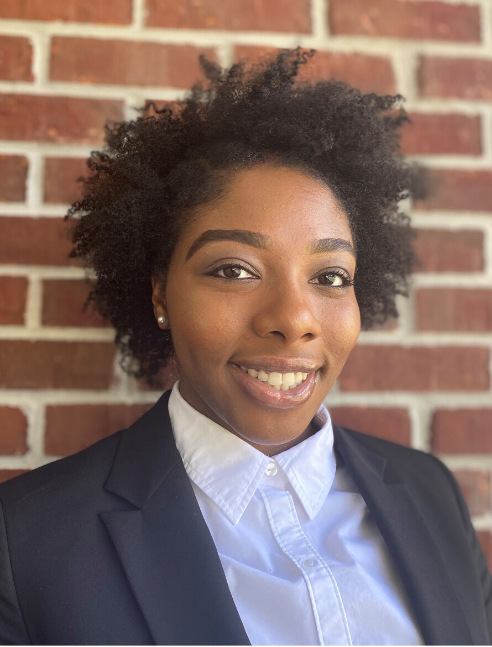 Danielle is a third year Genetics major, African American Studies minor with a pre-med intent from Riverdale, GA. On campus, she is part of the Honors Program, the Treasurer of the African Student Union, the Public Health Liason for the Advisory Board of the Minority Science Student Association, and will be a C.L.A.S.S. Advocate in Creswell Hall in the fall. Through CURO, she is an undergraduate researcher in the Goll Lab within the Genetics Department. A fun fact about Danielle, is she has played viola for 7 years. She is extremely excited to serve as a Pre-Professional Student Ambassador this year. 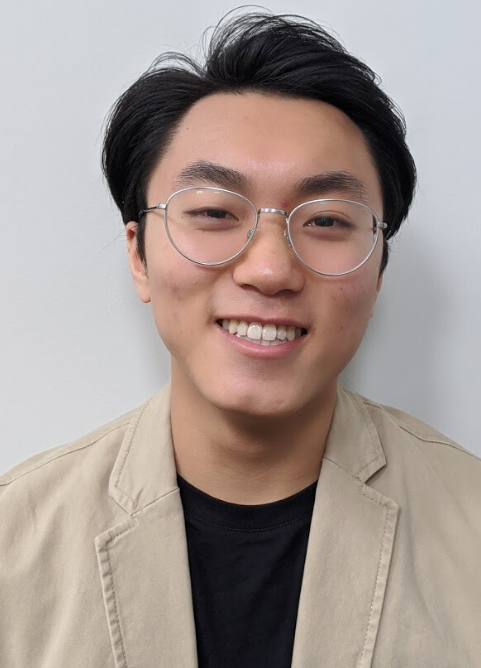 Eric is a fourth year pre-medical student from Lilburn, Georgia who is majoring in Biochemistry & Molecular Biology. He plans to go to a research-focused medical school and become a physician-scientist. For the past two years, Eric has been working as a research assistant and 2019 CURO Summer Fellow in the Avci Lab investigating antigens on the bacterium Streptococcus pneumoniae. You can also find him volunteering with Inspiring Hospice and the UGA MathCOUNTS Outreach organization. Outside of the classroom and the lab, Eric enjoys reading webcomics, exercising, and spending time outside. 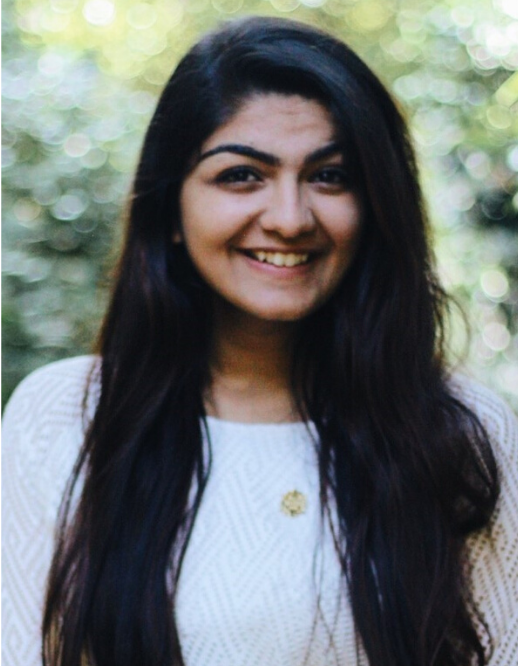 Rishika is a senior from McDonough, GA majoring in Genetics with a Spanish minor and pre-med intent. She is a member of Phi Delta Epsilon and the Phi Kappa Literary Society. In her free time, she enjoys hiking, traveling, and drinking coffee. Go Dawgs! 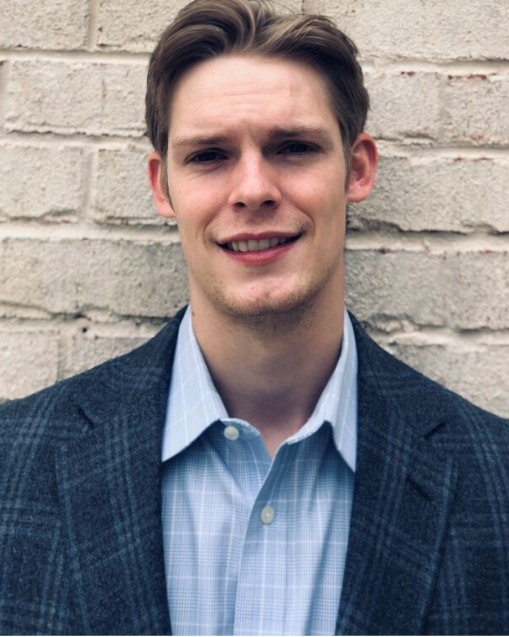 Parker is a fourth year pre-dental student from Louisville, Kentucky. He is majoring in Health Promotion and Behavior and plans to one day address oral health disparities in the field of dentistry. He originally started as a Biology major at UGA but switched to the College of Public Health after his first semester because he wanted to learn tangible skills applicable to healthcare in addition to the hard sciences. His advice to first year pre-professional students, is to shadow and get involved early. 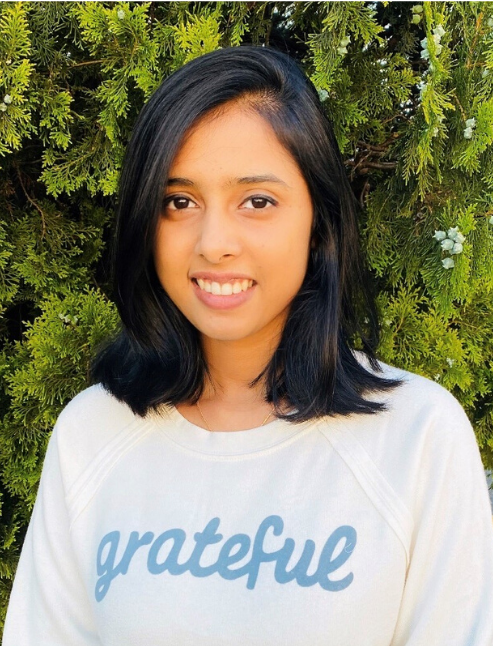 Pankti is a fourth-year Biology major with Pre-dental intent. Her career goal is to become an orthodontist and get involved in dental research. She has worked as an undergraduate research assistant, and loves everything about UGA including its research and involvement opportunities along with all the incredible students and staff. She is the Vice President of the Pre-Dental Society at UGA and has also participated in Impact service trips and International Student Orientation. She is excited to be a part of the PPSA team and to help students achieve their pre-professional goals. 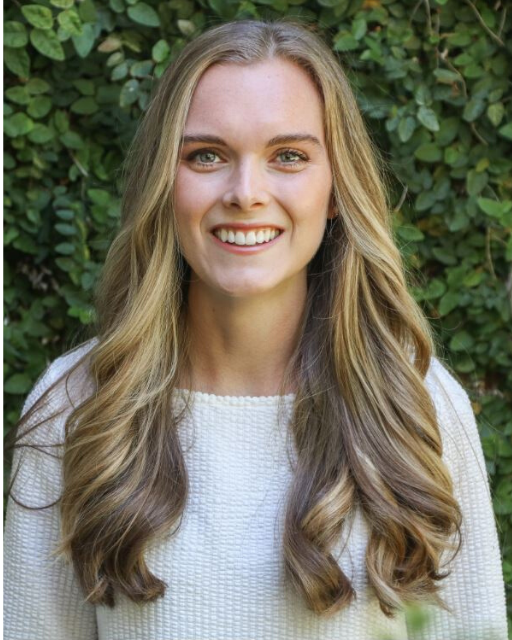 Mackenzie is a fourth-year Exercise and Sport Science major, with pediatric physical therapy intent. She is grateful for the investment each of her kinesiology professors have shown and is inspired by their dedication. She encourages students to explore personal interests and engage in campus organizations based on their passions. She hopes to encourage students along their UGA journey. 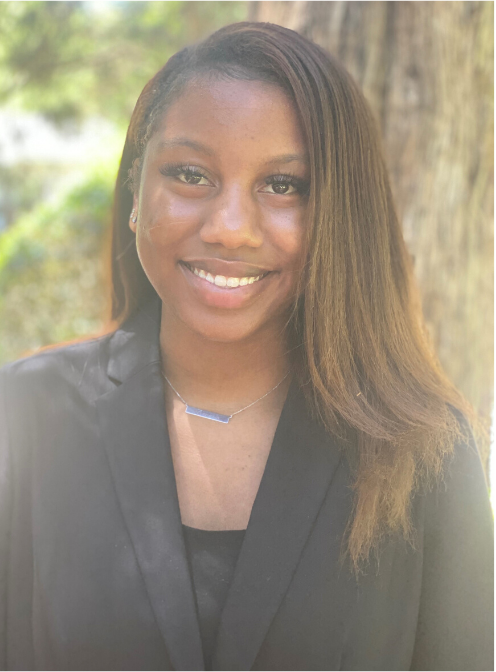 Tavaria is a rising junior from Athens, Georgia. She is majoring in African American Studies with a double minor in Spanish and Women’s Studies and pre-law intent. She is involved in ExperienceUGA, B.E.S.T., and Phi Alpha Delta Law Society. 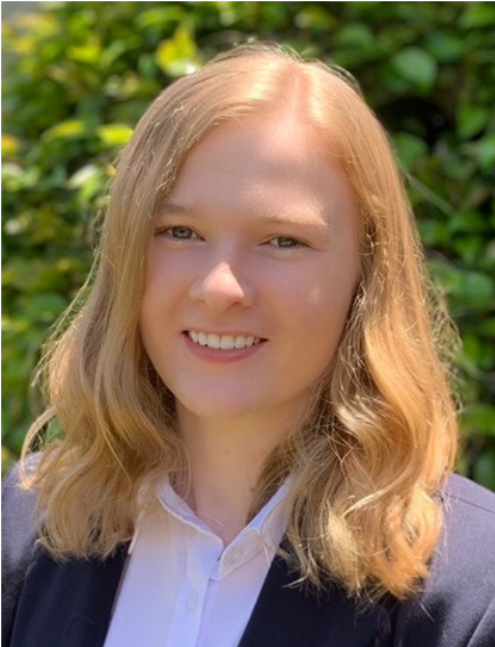 Nicole is a second-year studying Biology and Ecology, with the intention of attending medical school and is from Alpharetta, Georgia. She is a Direct Support Professional at Georgia Options, serves as a mentor through the Clarke County Mentorship Program, and is a member of AMSA. Additionally, she will begin research in UGA's Firefly Laboratory this fall. Nicole looks forward to developing new resources for students who are preparing for professional school. 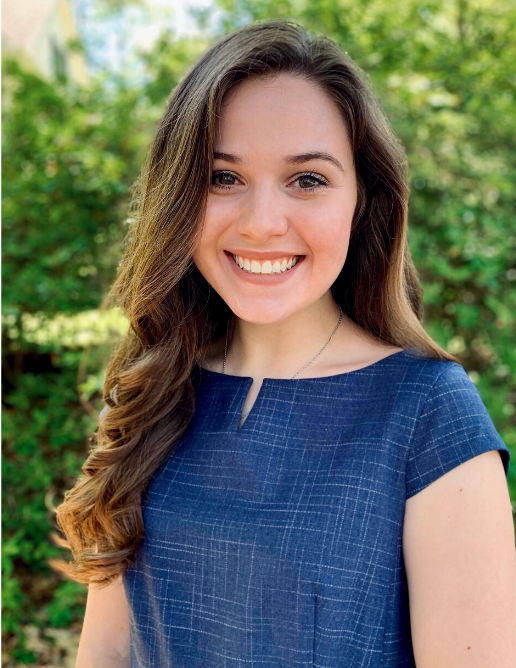 Emily is a senior from Warner Robins, GA. She majors in Biological Sciences with a minor in Public Health, and intends to pursue a career in dentistry. On campus, she is involved in Greek Life and the Wesley Foundation. She serves as a peer mentor through the Honors College and as a research assistant in the Psychology Department. As an ambassador, she is most excited for the opportunity to offer encouragement to other pre-professional students as they work toward their future careers. 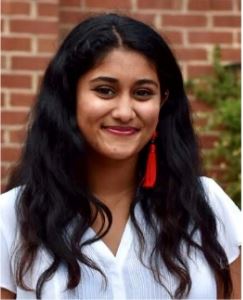 Ciera is a junior majoring in Microbiology and minoring in Spanish. She serves as the President Pro-Tempore of the Student Government Association Senate and has been conducting microbiology research since her freshman year with support from the CURO Research Assistantship. Outside of UGA, she volunteers at Mercy Health Center as a patient liaison. In her free time, she loves reading, exploring new places (both in Athens and abroad), and grabbing coffee with friends at Walker’s. After graduation, she hopes to pursue a dual MD/MPH and eventually become a pediatric surgeon. 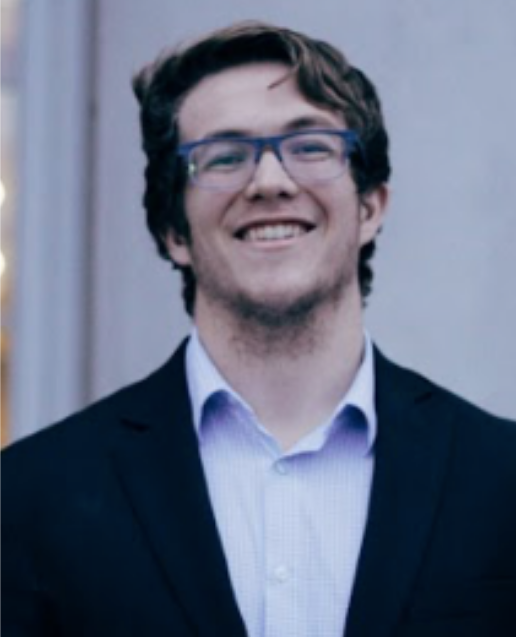 David is a junior majoring in Biology from Roswell, Georgia. He plans on attending medical school and is looking into specializing in either pediatrics or orthopedics. David is an active member on the academic committee for Phi Delta Epsilon pre-medical fraternity. He volunteers with Piedmont Athens Regional Hospital in their Orthopedic department and has volunteered with the Grand Slam Camp run by Athens-Clarke County over the summers. Outside of class, he enjoys watching UGA sports, playing basketball, and competing in weightlifting and Crossfit at Georgia Strength. He loves scuba diving and has spent around 100 hours of his life underwater. He wants to make sure that every student who needs someone to talk to has someone to whom they can reach out and who can relate to what they're experiencing and help.